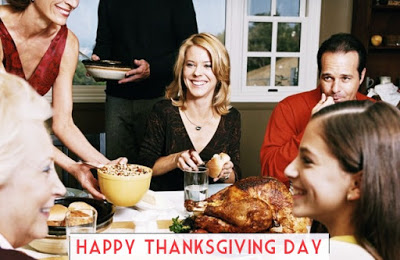 Happy Thanksgiving Jokes 2019: In case are you searching on Google for Funny Thanksgiving Day 2019 Jokes for Kids & Adults? then you don’t need to search for the same.

“Teacher: “Why do we have a Thanksgiving holiday?”

Student: “So we know when to start Christmas shopping!””

“One caller to Butterball’s Thanksgiving Turkey Talk-Line had always cut the legs off the turkey before putting it in the oven, thinking that was how you had to cook a turkey. She later learned that the only reason her mom had been doing that was because their oven had been so small that that was the only way to get the bird into the oven!”
“I was going to serve sweet potatoes with Thanksgiving dinner, but I sat on them.
“So what are you serving now?”
“Squash.”

“A poultry farmer was experimenting to breed turkeys with more legs for greater profits. Finally, he succeeded. While narrating the results to his friends, he told them, “The turkey I bred had six legs!”
His friends who had got quite excited, eagerly asked, “What about the taste?”
The father said with a long-drawn face, “Do you think it is so easy to catch it?””

“Knock Knock.
Who There?
Thanksgiving!
Thanksgiving for what?
Thanks giving us this turkey.”

“A disappointed woman called Butterball’s Thanksgiving Turkey Talk-Line wondering why her turkey had no breast meat. After a conversation with an operator, it became apparent that the woman’s turkey was lying on the table upside down.”

“Asked to write a composition entitled, “What I’m thankful for on Thanksgiving,”

Little Johnny wrote, “I am thankful that I’m not a turkey.””

“Billy: Why do pilgrims’ pants always fall down?

Billy: Because they wear their belt buckles on their hats!”

“Danny: Why did the cranberries turn red?
Jake: Beats me.
Danny: Because they saw the turkey dressing!”

“Charles: What is a turkey’s favorite dessert?
Mary: I haven’t a clue.
Charles: Peach gobbler!”

“A woman in her seventies, cooking Thanksgiving dinner for the first time, called Butterball for help because her mother said she was tired of cooking and it was time her daughter learned how to prepare the Thanksgiving meal.”

“Justin: Which November holiday is Dracula’s favorite?
Jay: Which one?
Justin: Fangs-giving!”

“When a Butterball Talk-Line staffer asked a caller what state her turkey was in (meaning how thawed was it) the caller responded with, “Florida.””

“Josh: Why did the farmer run a steamroller over his potato field on Thanksgiving Day?
Phil: Why?
Josh: He wanted to raise mashed potatoes.”

“The checkout clerk at the supermarket was unusually cheerful even though it was near closing time. “You must have picked up a ton of groceries today,” a customer said to the checker. “How can you stay so pleasant?”

“We can all count our blessings,” the clerk replied. “The hardest part of this job is the turkeys and the watermelons. I just thank God that Thanksgiving doesn’t come in July.””

“A lady was picking through the frozen turkeys at the grocery store for Thanksgiving Day, but couldn’t find one big enough for her family. She asked a stock boy, “Do these turkeys get any bigger?”

“Our eldest daughter, Ann, invited her college roommate to join our large family for Thanksgiving dinner. As families sometimes do, we got into a lively argument over a trivial subject until we remembered we had a guest in our midst. There was an immediate, embarrassed silence.
“Please don’t worry about me,” she said. “I was brought up in a family too.””

“Biff: Why did the turkey cross the road?
Bob: I don’t know.
Biff: It was Thanksgiving Day, and he wanted people to think he was a chicken!”

“I worked on a toll road, answering the phone, collecting money and issuing toll tickets. One Thanksgiving Day, a woman called to ask about road conditions on the turnpike. After I said everything was A-okay, she told me a friend was coming for dinner. Then came the stumper. “If my friend just left from exit twelve,” she asked, what time should I put the turkey in?”

“Sister: Mom wants your to help us fix Thanksgiving Day dinner.
Brother: Why? Is it broken?”

“After Thanksgiving dinner, the adults gathered in the living room to exchange reminiscences, while the children went into the family room to play. Suddenly our hostess noticed that an elderly relative was missing. “Where’s Aunt Florence?” she asked.
From across the room came a masculine drawl, Oh, she’s with the kids, bridging the generation gap.”

“Chas: What kind of music did the Pilgrims listen to at the first Thanksgiving feast?
Tom: What kind?
Chas: Plymouth Rock!”

“How do you keep Thanksgiving Day guests from falling asleep on your couch?
Infuse the gravy with cocaine.”

“Josh: What do you get when you cross a turkey with a centipede?
David: Tell me.
Josh: Drumsticks for everyone on Thanksgiving Day!”

“If the pilgrims came on the Mayflower than what does the teacher come on?
The scholar ships.”

“Robert: Which bird is best at bowling?
Chrystal: I don’t know.
Robert: A turkey.”

“Luke: What did the turkey say to the computer?
Will: What?
Luke: “Google, google, google.””

“The pro football team had just finished their daily practice session when a large turkey came strutting onto the field. While the players gazed in amazement, the turkey walked up to the head coach and demanded a tryout. Everyone stared in silence as the turkey caught pass after pass and ran right through the defensive line. When the turkey returned to the sidelines, the coach shouted, “You’re terrific!!! Sign up for the season, and I’ll see to it that you get a huge bonus.” “Forget the bonus,” the turkey said, “All I want to know is, does the season go past Thanksgiving Day?””

“What did the mother turkey say to her disobedient children?
“If your father could see you now, he’d turn over in his gravy!””

“Alex: Why did the farmer have to separate the chicken and the turkey?
Adam: Why?
Alex: He sensed fowl play.”

“What do you call the day in November when your son and all his cousins get rowdy?
Spanksgiving.”

“Caleb: What key has legs and can’t open doors?
Caitlyn: What?
Caleb: A turkey.”

“Leighton: What sound does a limping turkey make?
Zach: I give up!
Leighton: “Wobble, wobble!””

“Pedro: What did the turkey say to the turkey hunter on Thanksgiving Day?
Ordep: What?
Pedro: “Quack! Quack!””

“A small business owner was dismayed when a brand new corporate chain much like his own opened up next door and erected a huge sign which read BEST BLACK FRIDAY DEALS. He was horrified when another competitor opened up on his right, and announced its arrival with an even larger sign, reading LOWEST BLACK FRIDAY PRICES. The small business owner panicked, until he got an idea. He put the biggest sign of all over his own shop-it read… MAIN ENTRANCE.”

“Young Michael was sitting in his grandmother’s kitchen, watching her prepare the Thanksgiving meal. ‘What are you doing?’ Michael enquirer. ‘Oh, I’m just stuffing the turkey,’ his grandmother replied. ‘Wow, that’s cool.’ Michael remarked. ‘Are you going to hang it next to the deer?’ ”

“A man buys a parrot, only to have it constantly insult him. He tries everything to make the parrot stop, but nothing works. Frustrated, the man puts the parrot in the freezer. After a few minutes the insults stop. The man thinks he might have killed the parrot, so he opens the freezer and takes the parrot out. The parrot is shivering. It stammers, “S-s-sorry for being r-r-rude. Please f-f-forgive me.” Then, after a moment, the parrot softly asks, “W-w-what exactly d-d-did the turkey do?””