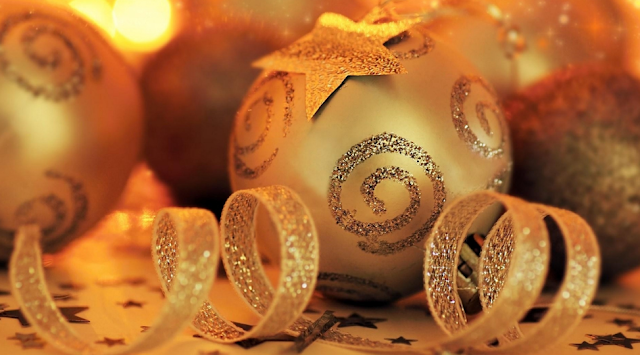 Traditional Christmas Symbols & its Meaning: Hurrah, Christmas is coming nearer.Christmas is celebrated throughout the globe with great favor and joy which marks the birth of Jesus Christ. Traditions differ in different parts of the world but have the same Christmas Emblems which are mainly associated with the festive season. Many are aware of Merry Christmas Symbols List but don’t know the true significance and Christmas Symbols Biblical Meaning behind them.

In this festive season all the houses, stores, offices and etc will compulsory place the Christmas Tree. The actual meaning of the Christmas Tree can be explained in many ways. But among them, at first, it represents the symbol of hope and everlasting life same as of evergreen. Some believe its three points are towards heaven which means it connects man to Lord Jesus Christ.

Christmas Bells are believed to announce the birth of baby Christ and also marks the beginning of a festive season. The tinkling sound of Bells represents the guide to lost goat child returns to its fold just as Lord guides us in this path.

Christmas Star is also known as Star of Bethlehem. It revealed the birth of Jesus Christ to three wise men and guides them to Bethlehem. It is one of the most popular and traditional ornaments used in the Christmas decorations.

The word ‘angel’ means ‘Messenger of God’ in Greek. According to the religious beliefs, the angels have an important role in the Christmas as they brought the news of child Jesus Christ birth to the shepherds.
Christmas Wreaths

It symbolizes the love of Lord Jesus Christ. Christmas Wreaths are a crucial part of Christmas decorations. It makes feel happy to the one who came to your houses. Nowadays, wreaths are decorated beautifully with different ornaments.

Christmas Candle is said to bring the warmth and light in the cold winters. People also believe that it is compulsory to light the candles in the festive season which represents the Star of Bethlehem.

Saint Nicholas popularly as Santa Claus, is a legendary figure who believed to bring the gifts to children on Christmas Eve which is before the day of Christmas. It is believed that he lives in the North Pole, where he makes gifts for the children with the help of group elves.

Reindeers are the Santa Claus’s chosen animals to pull his sleigh with full of gifts from the North Pole to present to little children. Originally there were eight reindeers named Dasher, Prancer, Dancer, Comet, Vixen, Donder, Cupid and Blitzen.

Snowman is made of the snow and used as a decoration. In recent times, it has become the icon of the festival Christmas. Building a Snowman is a fun-filled activity for kids and also elders.

Poinsettias are the Christmas Decoration which is deep red in color and have star-shaped leaves. So it commonly associated with the Star of Bethlehem. There was also legend behind this that is a few poor children from Mexico gifted these flowers to Jesus on his birthday as they couldn’t find anything to buy.
Mistletoe

It is a parasitic plant which is believed to have the life-giving properties and also it provides protection against evil spirits and poison.

It is believed that the Holly symbolizes the crown of thorns worn by Jesus Christ during his crucifixion. It is a religious symbol and used as an offering to Lord.

Christmas Carols are the songs meant to spread the Christmas cheer. It is an old custom where friends and family gather together and sings to share the joy of the festival.

These are empty socks hung by the children in a hope that the Santa will fill the empty socks with the gifts. There was a popular legend behind this it is one Christmas Eve Santa visited a poor family and wanted to help them for that he dropped gold coins in a chimney. And these gold coins fell into the stockings which are hanged to dry.

These are traditionally stripped in red and white colors and believed to symbol the shepherd hook which is used to bring the lambs back to the shed.

The baby Jesus Christ has taken shelter under the pine tree. After knowing that it has given the shelter to the Lord, it let out into tears of happiness which are frozen to icicles or snowflakes. Take a glance at Santa Claus Images, Christmas Status for Facebook and Xmas Status for WhatsApp. Follow us to get more updates related to Christmas.